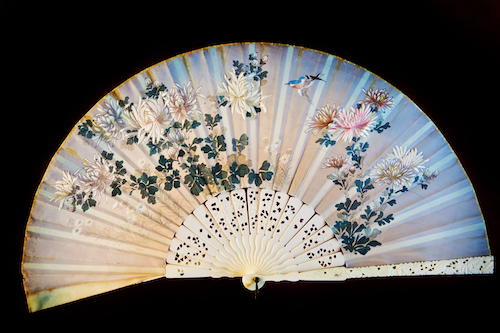 I am Allegra Donatella Bianca Rosetta D’Este, Princess of Auriano. That is my title, although I don’t feel like much of a princess. I have lived most of my life in a convent in Paris, hidden away by my older brothers to keep me safe. When I was nine, my mother was murdered by the evil sorceress, Nulkana, and our castello burned. My father was lost. I watched as my brother Alessandro turned to Shadow for the first time. And then my brothers sent me away.

I had my Guide, Luisa, and her husband, Ernesto, to watch over me. And the Mother Superior of the convent was an understanding and wise woman, who allowed me more freedom than the other girls who lived there, and was also stricter with me than the other girls. I was a princess, but I was cursed. My loneliness became my friend.

I was taught what every young woman of noble birth should know, of etiquette that I tolerated, and needlepoint which I detested, of how to supervise a household. I also learned things that no young woman of good breeding learned, such as how to wield a rapier with precision, how to flutter my fan like a flirt, but also how use it as a deadly weapon. I was instructed to beware my enemies, for they would not hesitate to take my life.

Luisa taught me how to Thought-Bind, and when the curse took hold of me, I was able to relieve the Hunger with young men that Ernesto found in the back alleys of Paris. In those first years when the curse took hold, the back alleys swarmed with young men — arrogant, wealthy nobles and swaggering young bourgeois who roamed the city looking for excitement. I gave them some, and then I wiped their memories. But I hated what I was forced to do by the Hunger, the craving that came when I returned to flesh and bone from Shadow. I salved my conscience with the knowledge that the young men had experienced something they would never again know, and they would never remember what I had done.

My brothers visited me at least twice a year, one or the other at a time, when they were flesh and bone. Each of them turned to Shadow at a different time of the moon’s phases, one when the moon waxed and one when it waned. I was Shadow on the few days in between when they were not. They told me of moving from our castello in Auriano to our palazzo in Venice, and they kept me informed of their search for the Sphere of Astarte. We wrote to each other often, with the Auriano messengers carrying our letters from Paris to Venice and back again.

When the Revolution came, it swept around the convent like a great tempest. We barricaded ourselves in, but the mob and the soldiers broke through our defenses. Luisa had warded the wing where I lived, and we protected as many of the nuns and girls as we could. Some did not believe we could protect them, and they foolishly believed they would be immune to the mob’s fury, because they were female, and young, and privileged or prayerful. So they flung themselves on the mercy of the men. I can still hear their screams and piteous cries as the men defiled them. I was Shadow when they came, and my first thought had been to hide, but those wails enraged me. I took up my rapier and showed myself. Those whom I did not impale fled in fear. Rumors spread about the specter who lived within the convent walls, and we were left in peace. No one dared enter a place that was so haunted.
The Revolution came and went, storming through the city streets. After that, the Reign of Terror took many lives with Madame Guillotine. Some who succumbed had been with me in the convent. Others fled to England or other places where their heads were safe. I heard from my brothers that they had met some in Venice. I mourned for them all, for they had been my compatriots. The convent was nearly empty, but I did not mind. I could not afford to open myself to friendship again.

When the rampaging crowds had dissipated, and some order was restored in the city, Luisa introduced me to society. I attended the theater, poor as it was, and salons and dinner parties hosted by those who tried to mimic what had been before. I was marking time, waiting for the day my brothers would allow me to return home. That was when I heard whispers about the Legion of Baal. I knew of it, of course, for my brothers had warned me of its devious and deadly goals. But these whispers were more ominous. First one. Then another. And another. A gathering. A conclave. The Legion wanted my death. Mine and that of my brothers. So I fled Paris. I wrote my brothers, but I could not wait for them to come for me. They would have to find me when they could.

I settled in Bath, in England. Luisa found an abandoned priory outside of the city where I could endure the curse in solitude. Ernesto procured young men for me. I entered the fringes of Bath society. I felt relatively safe. And then, one day, as I gazed out upon the city, I saw him. I should never have coerced Luisa, but I could not help myself. The curse was almost upon me and we were leaving Bath to go to the priory. I knew he was the only one who would be able to satisfy the Hunger.

And when he was before me that night in all his beauty, when I touched his skin, when I entered his majestic mind through Thought-Binding, I was lost.