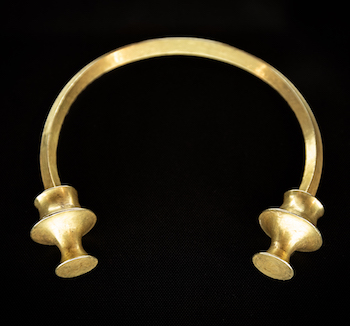 I am Sebastian Michael Fox, Earl of Hawksmoor. I am a Druid. A priest, schooled in the arts of the ancient religion. I learned under my father and grandfather, who learned the arts from their fathers before them. Our knowledge has been passed down through many generations, but each of us has our own unique abilities.

I am an only child, the light of my mother’s life and the hope of my father’s. I spent my childhood roaming the fields and woods around Hawksmoor, our ancestral estate near the city of Bath, and I absorbed the language of nature, its moans and sighs, its songs, its joys and its tantrums. Nature spoke to me, and we came to trust each other. When I was not being tutored in languages, mathematics, classical literature, and all the other subjects the son of an earl might need to learn, my father and grandfather took over and tutored me in the arcane knowledge of the Druids. My father was a hard task master, stern and strict, but fair. My grandfather was gentler in his teaching, but still demanded perfection. When I turned thirteen, I attended Harrow, but my father continued his lessons on my holidays home. He died when I was fifteen. My grandfather had died several years earlier. I was bereft, a lonely boy who had suddenly become the titled lord of an ancient estate. A friend of my mother’s, Sir Cyril Foley, began to visit several times a year.
He took me under his wing, spending time with me, taking me into the city of Bath, teaching me of its history, and inducting me into the secrets of manhood. The visits stopped when I became an adult. With no direction to my life, I became dissolute, gambling, drinking, racing my horses, chasing women.

Sir Cyril returned one day and invited me to London, where he offered me a position in the Foreign Office. I would be his eyes and ears in foreign countries. I would be his spy. I was enthralled with the idea. He taught me the art of disguise, how to use weapons of every sort, how to kill. After several successful assignments, he told me about the Legion of Baal and asked me to infiltrate the organization. I became The Messenger, the eyes and ears of the Lord High, secret leader of the Legion. I became a double agent. I did things in that capacity that ate at my soul, things that I try very hard to forget.

I learned of the ancient evil sorceress, Nulkana, her search for the magical Sphere of Astarte, and her feud with the Legion. I learned of the House of Auriano, of its curse, and I came into contact with two members of that family. Twins, daring, honorable men. I had returned home after one soul-wrenching trip to France when Sir Cyril asked me to look into the strange kidnappings of several young men, sons of powerful fathers. All of the young men had been taken after a visit to a seedy tavern on the outskirts of the city. Confident in my abilities to protect myself, I donned a disguise and visited the tavern, for I planned to use myself as bait and ferret out the person who was preying on these young men.