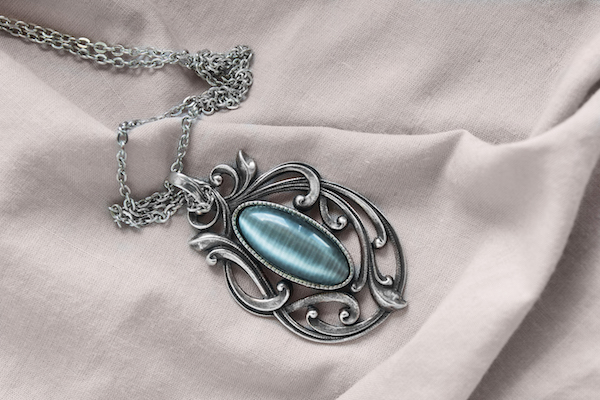 My name is Sabrina, Lady Barclay. I am a score and six years and a widow. I have a six-year-old son, Evan, by my husband, Richard, who was knighted by His Majesty, George III, for his scholarly work. My son and I live now in Venice with Richard’s uncle, Harold Dunfield, a move which I have come to regret. But I will tell more about that later.

I grew up in Surrey as an only child in a manor house on a very small estate. My mother died when I was nine. I do not remember her death or how she died, only that one day she was with me and the next day she was not. I missed her terribly, for she was the sun in my world. My father was a scholar of antiquities. He was the third son of a minor baron, but I never had any contact with either of his older siblings or his parents. Likewise, my mother was an only child and both of her parents were dead.

My father tried to raise me the best he could after my mother’s death, but his focus was on scholarship rather than the social graces. Whatever I learned was from a governess for a few years and then tutors. My education as a young woman of the gentry was sadly lacking in several areas, such as music, needlework and the dance. However, I knew a great deal of history and art and was fluent in several languages. My father spent most of his time in his library with his books and maps and manuscripts. The only way to draw him into conversation was to question him about his latest study, and so I learned much about topics that young women normally would not know or have any interest. He also tutored young men and occasionally lectured at King’s College, when he would be gone to London for weeks at a time. When I became of an age to wed, he arranged a marriage with one of his most promising students, Richard Barclay. We lived with my father in the manor.

Richard was much like my father, a scholar and interested more in his moldy manuscripts than me, his wife. He did his husbandly duty enthusiastically, but with little finesse. Although I was truly an innocent in the ways of men and women, I suspected there was more to the act than lying passively beneath him. When I became pregnant with Evan very soon after our wedding night, he seemed to lose all interest, which did not bother me in the least bit. Evan’s arrival gave my life focus, and I centered my attention on raising my son.

My father became ill with a cancer when Evan was three. He became weaker and weaker, finally passing away after a year of suffering. Richard took over the manor, and my father’s studies. It was during the year after my father’s death that the king knighted him for some obscure scholarly work. He was now Sir Richard Barclay, and I gained the honorary title “Lady”. It was about this time that he began to correspond with his uncle, who had moved to Venice.

A year later, he was riding when he fell from his horse and broke his neck. I was suspicious of his death, for I saw the saddle cinch and it appeared cut. But I could convince no one to investigate. I could not imagine why anyone would want to murder a man who spent his time with books and studies and had no intrigue in his life. I also had little energy to spend on my suspicions, because I discovered that he had paid hardly any attention to the running of the manor and had amassed a tremendous amount of debt. I was forced to sell everything, including the roof over my head and that of my son. I contacted my father’s relatives, but they wanted nothing to do with a penniless widow with a son. My only recourse was to write to my husband’s uncle as the only other living relative I knew of and beg him for a place to live. I knew he had a very large art collection from comments Richard had made and was looking for someone to catalogue it. I thought if I could get him to agree to allow me to attempt the task, I would do it merely for meals and lodging for Evan and myself. When he wrote back and offered to pay our passage to Venice, I believed I had found a kindly benefactor. After I arrived in Venice, I realized how wrong my assumption had been.

Harold Dunfield was no kindly older gentlemen. While he exhibited a veneer of graciousness, I discovered he was cold-hearted, power-hungry, greedy, and controlling. He offered to have me tutored in the manners and customs of the city, which I thought to be a sign of his generosity. His motive was more self-serving and sinister. He wished to have me wed some wealthy, powerful Venetian so that he might gain some influence in their society. I fell in with his plan in order to keep my son safe, but also to find a way to escape from his control. I was relieved every time a suitor lost interest. And then I learned that besides cataloguing his artwork, he wanted me to be his messenger in secret negotiations to sell his artwork to King George,  artwork that the Venetians would never allow to leave their city. I attended dinner parties and balls, gambled at intimate casinos, and traveled alone about the city to leave or collect messages. Every time I picked up or passed clandestine notes to the king’s agent, I was in jeopardy of being arrested by the capo neri, the black capes, who were the spies of the government of Venice. It was on one of these secret errands to collect a message in the tiny chapel of San Magrita, that an attempt was made on my life and I felt the force of evil that, for some reason, reminded me of my mother’s death. And it was there I encountered an intriguing, captivating shadow creature who saved my life.