Behind the Book: The Tuareg 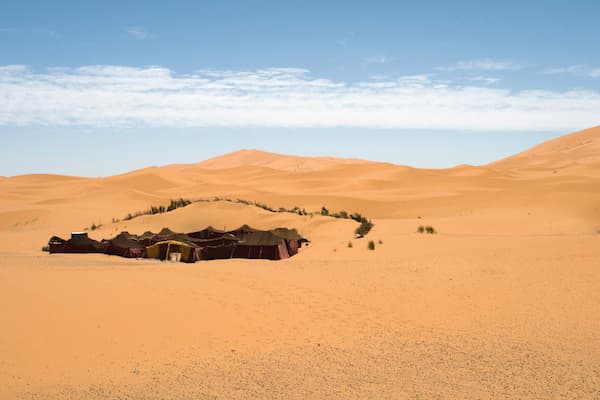 When Sydney finds Raphael, he is living among the Tuareg, at the edge of the Sahara Desert.

The Tuareg are an interesting people. Originally farmers thousands of years ago, they moved south into the desert because of invaders and explorers, where they became nomads and raised camels. They were organized into loose confederations that each consisted of a dozen or so tribes. Each of the groups had a leader, along with an assembly of tribal chiefs. Their society was feudal, with nobles and vassals, divided between those who tended the land and those who did not. Warrior-aristocrats organized group defense, livestock raids and the long-distance camel trade. Vassal-herdsmen tended the livestock. Blacksmith-dependants made and repaired saddles, tools, household items, and other things needed by the community. After they adopted Islam, a separate class of religious clerics became part of their social structure.

For two thousand years, they were the camel drivers for the great caravans that crossed the desert between the cities along the southern boundary of the Saharan desert and the cities on the north African coast. They brought luxury items which took up little space, but brought a large profit, and these were sent throughout the world.

While the Tuareg trace their lineage through their mothers, they are not a matriarchal society. However, contrary to other Muslim societies, the women do not wear the veil, but men do. It is traditionally indigo blue, and is called the tagelmust. The dye transfers to their skin, and for this reason, they are often referred to as the “Blue People.”

The tradition of the men’s face covering has many interesting explanations. One is a belief that it wards off evil spirits from entering any opening, like the mouth or nose. Another comes from a folk legend that the Tuareg men were ambushed and forced to throw down their weapons. The women took up arms and drove the enemy away, so the men covered their faces in shame. In reality, the men most probably wear a veil as protection against the harsh desert sands. At the age of eighteen, during a ceremony, a young man begins wearing a veil that conceals his entire face except for his eyes.

What better place for Raphael to hide than within a tribe of these noble people?