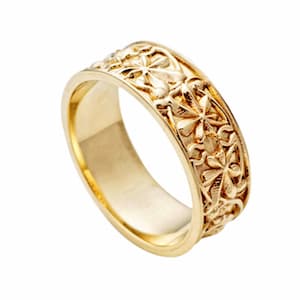 My name is Sydney Charlotte Whelton. I am not a member of Society, the haute ton. Just the opposite. My mother and father were not married, so I am illegitimate. My father was Sir Cyril Foley, Undersecretary of Foreign Affairs. My mother was Charlotte Whelton, his long-time mistress. I am the result of their relationship.

My mother ran a gaming hell, an illegal gambling establishment, where members of the ton could play card games and secretly enjoy other pastimes that would have raised eyebrows and caused damaging gossip if their diversions were discovered. While she allowed the guests to indulge themselves, she was very careful about keeping the peace among them and to demand all chits be paid on time. My father, Sir Cyril, kept the authorities away. In return, my mother passed along tidbits of information and gossip that she heard while walking the floor and greeting her guests. I did not discover this arrangement between them until I was an adult.

Despite my unorthodox parents, I felt as if my upbringing was like any other girl’s in London, for I knew nothing else. When I was young, I had a governess, and when I turned ten, my mother hired tutors to teach me history and geography and numbers, besides etiquette and dancing lessons. But my needlework skills and musical ability were sorely lacking, accomplishments that any proper young woman would have. Instead, she educated me in the games played in her hell, as well as how to cheat at them, so that when I took over the business I would be able to see the cheaters.

When I was very young, I discovered I had a special ability. I could throw magical energy. My mother taught me how to use it and control it, for she also was magical. But she warned me to use it very judicially or not at all, for there were those who would befriend me, or worse, so they could use me for my power. She confided in me that she had never shown my father her true magical strength, for she was afraid he would force her to use it for something wicked. That confession both opened my eyes to their true relationship, and made me realize how careful I must be.

My father would visit regularly, and I always looked forward to his visits, despite my mother’s ambivalent feelings about him. To me, he was the man who brought me gifts, and as I got older, he would share little secrets about his work as Undersecretary, fascinating stuff. He taught me how to shoot a gun, how to use and throw a knife, how to ride a horse like a man — not side-saddle — lessons that young women of society never got to learn. And then the day came when he revealed that he led a secret organization. The Legion of Baal.

I thought that was quite wonderful and exciting. He explained that the Legion was an international group of men, and he told me about the ancient, evil sorceress Nulkana, and how she wished to destroy the Legion, gain the magical, all-powerful Sphere of Astarte and rule the world. The Legion’s goal was to find the scattered pieces of the Sphere so Nulkana would never get them, and kill her.

One day he took me into the countryside to a small glen in a forest and made me promise that when he died, I would find a man with the Crystal Dagger that had been created by the Legion long ago. It was the only weapon that could kill the sorceress. That promise upset me, for I could not imagine him dying. I felt very strange after that, with a vague compulsion to carry out his request. Soon after, he told me he had found one piece of the Sphere of Astarte. He was going to lead a ceremony at Stonehenge, the ancient stone circle, and offer the piece of the Sphere to the god Ba’al. I decided I was going to watch in secret.

The ceremony was very solemn and mysterious. But then Nulkana appeared and attacked. Lethal energy balls flew through the air. I hid behind one of the massive stones, but I was shocked to see a beautiful female Shadow with eyes of molten gold beside me. She told me to run with words that landed like pebbles inside my head. I ran.

When I returned, Nulkana was gone. Bodies lay scattered across the ground. My father was dead, a hole burned in his chest from Nulkana’s lethal power. The compulsion he had placed on me that day in the forest glen rose up so strongly it nearly choked me. I needed to find the man with the Crystal Dagger and convince him to kill Nulkana.

When I returned home and told my mother what I had seen, we both grieved, but for different reasons. I had lost the man who had given me glimpses into a world that was exciting and very different from mine. My mother had lost her protector.

My life went on as usual for a time, and then the night came when a strange man came to my mother’s gaming hell. The next day, she felt unwell. Black veins appeared beneath her skin. I called the surgeon, but he shook his head. Poison, he said. I suspected evil magic. I tried everything I could think of to cure her, but none of my magic worked. She was dead a month later.

The compulsion my father had placed on me was now my compulsion. I suspected Nulkana was the cause, not just of my father’s death, but also my mother’s. I closed the gaming hell, and with my best friend Lucy, who had shown up on our doorstep with nowhere else to go and had become our cook, I set out to find the man with the Crystal Dagger to seek my revenge on the evil sorceress.

I had heard from members of the Legion that he might be found in Egypt with Napoleon’s army. But I needed a guide to help me find him. When Lucy and I landed on the North African shore, I heard tales of a man called Al Qarsan, the Pirate, who was ruthless and cunning. I determined that he would be the perfect guide to find a man with a special weapon that could kill an evil sorceress. So Lucy and I traveled deep into the desert, to a camp of the Tuareg people where this man could be found.

I expected to find a dangerous, wily man of the desert. What I found when I walked into his tent was a man who was so much more.