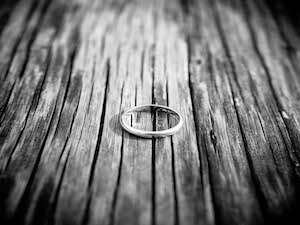 I am Antonio Valerio Cesare D’Este, Duke of Auriano.I am the identical twin of Alessandro Flavio Baldassare d’Este, Prince of Auriano. No doubt, you have heard of him. He was first to emerge from our mother’s womb and so he inherited the title of Prince and all the responsibilities that go with the title. I believe I am just as brave, just as honorable, just as responsible as he is. And just as handsome. We are identical twins, after all, and I have to look at myself every time I look at him. But, I am the brother no one knows about. Let me explain.

When our castello in the north burned and we moved to our palazzo in Venice, we decided on a plan to search for the pieces of the magical Sphere of Astarte. We need this artifact because we are cursed, each of us in turn changing to Shadow at the waxing and waning of the moon. As we return to flesh and bone, we pass through a phase called the Hunger, when all our senses and appetites demand to be satisfied. It is a shameful and loathsome time. I am sure my brother has related how this affliction fell on us, brought about by the rage of the evil sorceress, Nulkana.

The Sphere is the only means of breaking this curse. Our plan to discover it was simple. We would spread the rumor that I had died in the fire at our castello. Alessandro would be the only survivor. When I was Shadow, he would be the Prince, head of the House of Auriano, which he was. But when he was Shadow, I would take on his identity. At first, I thought the experience was enjoyable. I was welcomed in society as the Prince of Auriano. Although I was a duke in my own right, somehow I felt elevated. Using this deception, we thought the one who was Shadow could explore all the dark alleys and hidden crevices, the ancient manuscripts and secret journals in Venice to learn the whereabouts of the pieces of the Sphere, while the other distracted society with his escapades and wanton ways. But after years of having women and men seek me out, include me, fawn over me because of whom they thought I was, I began to chafe under the ruse. I wanted to be myself.

And then Alessandro saved the life of an English woman, Sabrina. I watched as my brother, my best friend, the man whom I would count on in life and death, become enthralled with her. She was lovely, I must admit, but we had promised that neither of us would wed until we had learned something about the missing pieces of the Sphere. Upon discovering that she had touched a piece of the artifact, he was lost. Confused. Distracted. And then, in love. I could do nothing except stand by and watch. Danger stalked them both. It came from many directions, from her late husband’s uncle, a member of the nefarious Legion of Baal, a group that also wished to find the Sphere for their own villainous purposes. And from Nulkana, the ancient, evil sorceress who placed the curse on my family and who was intent on killing Sabrina. I stepped in and helped when I could, but Alessandro was determined to forge his own path. Fortunately, they outwitted both foes. He found happiness. And a piece of the Sphere. His curse was alleviated. He wed a beautiful woman. A perfect love story.

I was happy and angry at the same time. Perhaps a bit jealous. I needed to get away from my brother for whom I would lay down my life. I needed to reclaim my identity.

Fortunately, the excuse came when our younger sister, Allegra, whom we had sent to a convent in Paris to keep her safe, wrote to us. I determined I would be the one to go to her. We wanted to be sure that Allegra was well protected because the Legion of Baal was gathering in that city. We wanted to learn why. So I set out on the journey. It was an uneventful trip until I was robbed just outside Paris by the most audacious highwayman I had ever encountered.

And learned the thief was more than an outlaw. Much, much more.