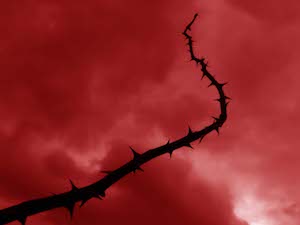 I am Claude Moreau, Marquis de Vernoux. To those who know me well and desire my goodwill, I am still Monsieur le Marquis, even though proper titles have been abolished by the riffraff and rabble who have taken over the government. I have prevailed where others of my station have succumbed to the guillotine. I have retained my station, my wealth, my magnificent hôtel, and my influence. The road has not been easy. I have used guile, persuasion, coercion, subterfuge, the occasional extermination. And, I must admit, a bit of magic. The last came as a result of joining the Legion of Baal, which promised wealth, power, and most importantly, immortality. In a city such as Paris, where one may lose one’s head as abruptly as a sneeze, immortality is an attractive attribute.

I have always taken advantage of opportunities, even when I was a youth. I inherited my father’s title because my elder brother succumbed to a terrible accident. He fell to his death when I challenged him to a game of tag across the rooftop of our hôtel. He was much too gullible. The roof tiles were much too slippery for a stroll, never mind a game of tag.

Years later, another opportunity arose when I visited the Chevalier Boucher, a man of similar sensibilities as myself. I saved the hand of his under steward when Boucher would have chopped it off for stealing. Something in that man’s eyes told me he would be a valuable asset in the future. I was not wrong. He became Le Chacal, Le Roi des Voleurs, the King of the Thieves. In the intervening years, he has passed along indispensable information about covert meetings and secret plans, which has allowed me to gauge where the power lies within the city and the government. In return, I have protected him and his lair deep within the Catacombs. Occasionally, I demand more than information. That has netted me the beautiful Solange.

She was young and naive when she came to me, but rebellious. She brought her younger brother with her, whom I mostly ignored, unless he stepped out of line. I indulged and charmed her for a while, and then I taught her who was master. She was a quick study, although I knew her subservience was artifice. I could see it in those magnificent eyes. Her brother also had a touch of rebelliousness. But I found their lessons of discipline uplifting and quite satisfactory. If she had been anything but a whore and a thief, I might have made her my marchioness. But she had a better use than that. I put her to work running a salon of the demimonde, where a man might find a woman who would service him when he found his wife cold and boring. From this salon, I learned many secrets, tidbits of information I could use to my advantage. My life, such as it was in the cesspool which Paris had become, ran smoothly.

Until that Auriano bastard, that curse, arrived in the city.