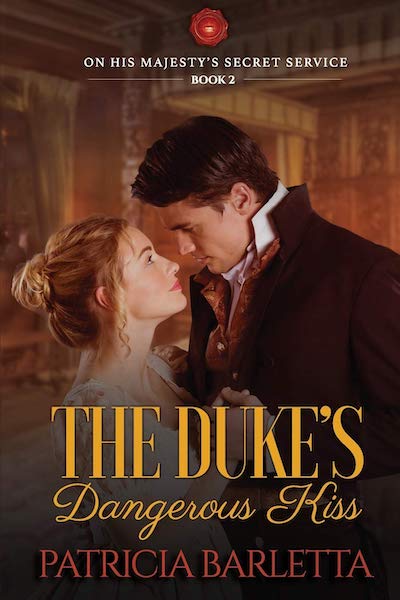 “Oh, Elenora, here you are,” Jillian heard Lady Sefton say to Lady Pennington. “I’m sure you already know the Duke of Dunbary,” Lady Sefton gushed. “He has asked permission to dance the waltz with Miss St. Clare.”

Behind her, Jillian sensed the man bowing politely before her chaperone, and pictured the man’s graceful movement. She made a tiny noise of distress. Lady Pennington glared at her before she turned back to Lady Sefton and the Duke. “That is very flattering, your grace, but as I am sure you are aware, Lord Rystoke has forbidden Miss St. Clare to dance the waltz.”

A male chuckle sent chills skittering up Jillian’s back. “Has he? That is rather tardy of him since the young lady has already danced the waltz with me,” the Duke said.

Jillian’s cheeks burned with embarrassment and anger. He did not have to announce it to the whole world. Slowly, she turned to face Lady Sefton and the Duke.

Lady Sefton rapped him on the arm with her fan. “I heard of your mischief last evening. You are a very naughty boy for doing such a thing without permission. Do you know that could get you excluded from the invitation list?”

“Then I shall have to break your rules more often,” he said.

“Oh, you do tease so,” Lady Sefton scoffed.

Jillian felt that the Duke was not teasing, and that being barred from Almack’s would not depress him in the least.

“Well, Miss St. Clare?” the Duke asked as he held out his hand to her. “May I have the honor of the next waltz?”

Jillian once again found herself staring at the man’s hand before she dragged her eyes away and met his gaze. His eyes bored into her. His request throbbed in the air between them. As if her hand had a will of its own, she reached out and rested her fingers lightly on his.

Before the woman could finish, the Duke had drawn Jillian away onto the dance floor. His arm slipped about her waist, and like before, she felt the air grow thin. She was intensely aware of every inch of him that touched her – the hard, muscular arm and the calloused hand. Getting a grip on herself, she took a deep breath. She could not fall under this man’s intoxicating spell. Defiantly, she met his gaze.

“You are a very persistent man. I really should not be dancing with you,” she said bluntly.

He smiled down at her. “Then why did you come so readily?”

Flustered for a moment, Jillian glanced away and saw her chaperone furiously fanning herself. “Because I enjoy aggravating Lady Pennington.”

The Duke threw his head back and laughed.

Jillian’s brows drew together. “I don’t see where that is so funny. Your grace.” The use of the man’s proper form of address was an afterthought. She had better not make this man angry.

Grinning, the Duke told her, “But, you see, it is quite amusing. I have never had a woman agree to dance with me only because she wishes to escape from her chaperone. You have done it twice. I find it very droll and charming.”

Jillian did not believe the reason this man had asked her to dance the waltz was because of her charm.

He tipped his head. “You don’t think I’m telling the truth,” he observed. “Miss St. Clare, if I were in the market for a wife, I would seriously consider you a candidate.”

Heat crept into Jillian’s cheeks. “You are toying with me. Why would a man like you even glance at someone like me?”

“Why not?” he countered. “You are beautiful and available. I would put you at the top of my list of candidates.”

“I’m not beautiful. And you know nothing about me,” she protested.

Stunned, Jillian’s mouth fell open, and she stared up at him with wide eyes. His compliments made her giddy, and the seductive timbre of his voice spun a magical web about them, excluding all the noise and movement in the room.

Chuckling, he told her, “You’d better not look at me like that, Miss St. Clare. People will begin to spread the rumor that we are lovers.”

Jillian snapped her mouth closed and lowered her eyes. “You certainly know how to get a lady’s attention, your grace. Is there nothing you don’t already know about me?”

“I think you have the answer to that question, Miss St. Clare.” The Duke’s tone turned serious. “You should not keep secrets which are not yours to keep.”

Jillian felt her stomach begin to jig again. Hiding her fear, she bluffed, “I don’t know what you are speaking of. I have no secrets. I am merely a simple young woman who has come to London to enjoy life.”

“Perhaps. But behind those lovely gray eyes I think there is a mind that is as deep as the North Sea. There are some matters we should discuss. For instance, that item I mentioned last evening which I seemed to have misplaced.”

Jillian forced a little laugh. “I really don’t know what you are talking about, your grace. If you are in the habit of losing things, you must learn to be more careful of your possessions.” With relief, she heard the orchestra play the last measures of the tune. “Please escort me back to Lady Pennington. I am sure she is quite vexed that I danced the waltz with you again. She can be so tiresome when she is angry.”

The Duke acceded to her with a small bow. “As you wish, Miss St. Clare.” He politely brought her back to the spot where Lady Pennington waited. Just before he let her go, he murmured, “Don’t think this is the last we shall see each other, Jillian. I mean to retrieve what is mine.”

The implied threat and the use of her given name made Jillian’s knees turn to porridge. Sinking down onto her little chair, she watched him saunter away through the crowd. She felt small relief at seeing him go. Instead, a sense of foreboding and a large lump of anxiety settled in her middle. The man could charm the shoes off a beggar, and if she were not careful, she would find herself telling him all she had heard and handing over the little roll of parchment. She suspected that what was in her possession could help her in some way. Giving it up easily, even to the man it was meant for, would gain her nothing. She needed to learn more about the situation. And about him. That sent a delicious tingle up her spine.

Return to The Duke’s Dangerous Kiss 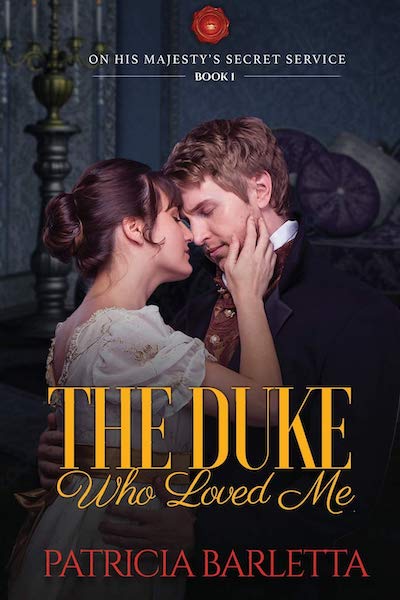 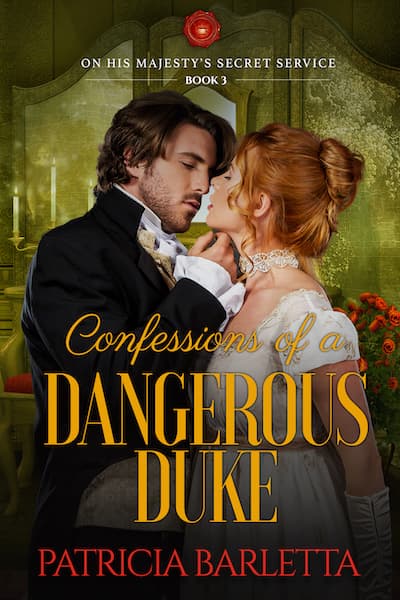